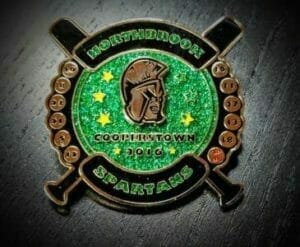 Located in beautiful Cooperstown, NY, Cooperstown Baseball World stands as living proof that playing serious baseball isn’t just for the major leagues. Also known as CBW, Cooperstown Baseball World hosts tournaments for aspiring baseball players ages 12-16 from June to August. It showcases a professionally groomed playing field and hosts the only primary baseball tournaments for little league teams internationally. Baseball raised and driven, these little leaguers share something unique, however, that remains a mystery to most parents and is little known to their professional counterpart, big-league baseball players—baseball trading pins.

“Initially, I had a hard time understanding why trading pins were important to teams and why the kids enjoyed them,” says Wayne Potrue, team coach of Spartans, a high-school baseball team that now trades these special pins at Co 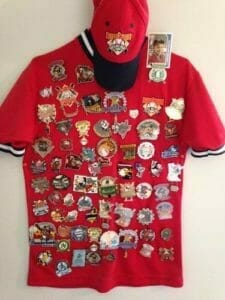 operstown Baseball World annually. Potrue soon realized the significance of trading pins when he first took his team to CBW in 2010, “While in Cooperstown, I quickly noticed how much fun the kids had trading with other teams. It was a great icebreaker when meeting other players. Kids got excited when they were trading for pins and even bartered them at different exchange rates depending on the quality and appeal of the pin. Pin trading adds a social side to the baseball tournaments that would likely not exist without.”

First made popular by Disney and Olympic trading pins in the mid-1900’s, trading pins are described as token medallions that are usually about 1-3 inches in diameter, crafted from plastic or metal, sporting a team name, logo, player numbers, dates or a town. The back of the medallion displays a pin and closure piece for attachment. Trading these pins has become increasingly popular in little league baseball tournaments over the years. Cooperstown Baseball World is no exception. Because CBW reaches out to teams worldwide, it also offers a unique and exclusive opportunity for little leaguers to interact and form bonds with teams from different cultures and countries. One of the main elements, if not the most important element contributing to this special social interaction, is trading pins.

“All players are involved in the trading.” Says Potrue, “Kids in the teams are encouraged to walk around as a group and trade pins with other teams. They like trading for pins that they consider higher in value because some pins trade better, and in some cases even get two or three pins to the one in trade.” Potrue goes on to say that the kids do fundraising to raise money to buy the pins and host a meeting at the start of the season to decide on the design. When asked who he goes through to get his trading pins, Potrue answers, “We order through The Monterey Company and have been very happy with our results so far. The quality of the pin is also important to the kids because of what it means for the team, especially if the pin has amazing features- moving parts, glitter, lights, size or metal instead of plastic. The pins stand as a reminder that what the team is doing is important and rewarding. It really encourages them to pursue their talents and passions about baseball.” 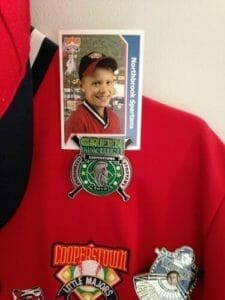 Since the early 1800’s, baseball has been “the all American sport” that brings communities together, strengthens relationships and causes time to seemingly halt for an afternoon. Also neighboring the legendary Baseball Hall of Fame, Cooperstown Baseball World offers an environment rich in history, culture, and a passion for baseball cultivated over generations. During their stay in CBW, little league players get the opportunity to live their dreams, experience the field through major league eyes, and let their competitive and social side, as well as baseball spirit, shine through trading pins. To these teams, trading and collecting pins at Cooperstown Baseball World is more than just a baseball camp experience; it’s a crucial chance to showcase the professionals they aspire to be and encourage the hard-earned future awaiting their passion, determination, and practice to come true.