History Behind the Flag Pin 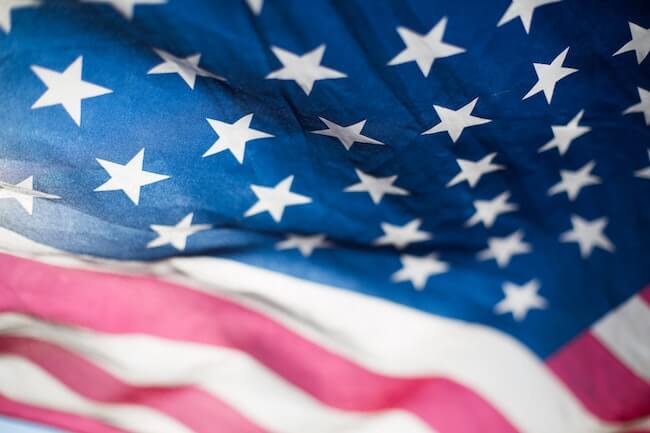 The American Flag Pin's story has gone down in history as one of the best.

The American flag lapel pin is a common sight in the USA. It can be seen on nearly every politician across the country, and often even on people who have no involvement in politics. The exact origin of the flag lapel pin is somewhat difficult to pinpoint, as it has gone through peaks in popularity at different points in time and does not appear to have been introduced until long after standard lapel pins were already in use. Still, we have to start somewhere, and where better than with the flag that inspired it?

An even more common sight than flag lapel pins, the American flag is cherished by citizens as a symbol of all that this country stands for? liberty, equality, social mobility, etc. A drive through any neighborhood will turn up at least one house flying the flag. It is a tradition that goes back to the founding of the USA. Or so many people believe.  In fact, America's love affair with their flag did not begin until much later.

In the popular imagination, during the Revolutionary War, the stars and stripes were proudly displayed by all American rebels, whether decorating George Washington's boat while crossing the Delaware (which occurred before that flag design was even adopted) or flapping in the breeze in front of various storefronts. These types of images are all very unlikely.

Few private citizens owned flags at this time. For the most part, only military and government institutions owned flags. Furthermore, the design of stars and stripes was not settled on until 1777. Before then a variety of flags that would be unrecognizable today were used to represent the rebelling colonies. For instance, at the battle of Bunker Hill, Americans flew the New England Flag, which featured a blue background and a white field in the upper-left corner divided by the red cross of St. George. The stars and stripes flag first came into widespread usage among citizens during the Civil War. Confederates won many of the early battles of the Civil War, leading Northerners to fly the flag as a sign of both pride and solidarity. 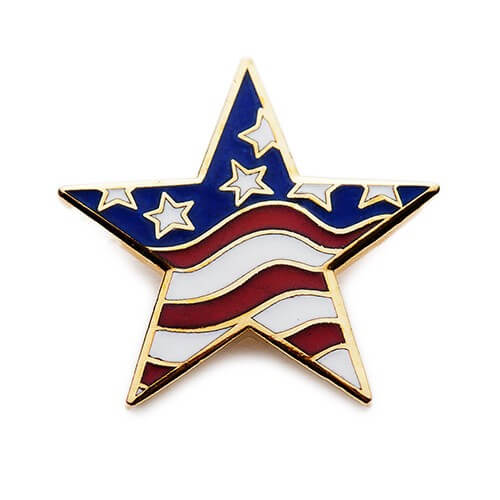 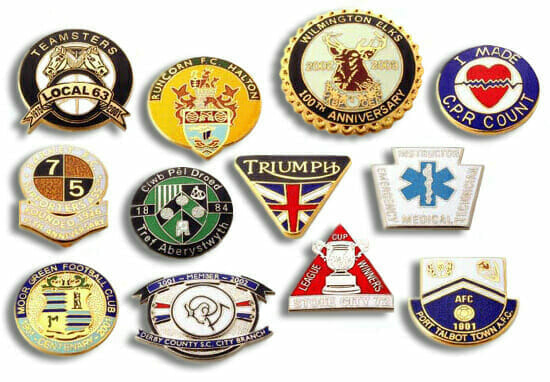 Interestingly, the lapel pin came out around the same time that average citizens started flying the flag as a symbol of patriotism. Despite the proximity of the two developments, however, the lapel pin was not emblazoned with an image of the flag or used by ordinary citizens. The lapel pin was originally conceived during the Civil War as a means of distinguishing different units. This organizational marker had an unintended effect, though it increased solidarity among members of the same unit by outfitting them with a distinct symbol that represented only their unit.

Lapel pins were still in use during World War I, but their function changed.  Rather than being given out to all military personnel as a means of identifying units, they were granted only to certain individuals as a means of distinguishing them for their service.  This was the dawn of lapel pins being used as an award to honor those with distinguished records.  This use of lapel pins is still practiced today.

Today lapel pins have been adopted by many types of organizations, inspired by the use of custom military pins.  Fraternities and sororities use lapel pins as the main symbol for their groups.  Businesses use lapel pins to honor deserving employees.  Schools hand out lapel pins as an award to students for various categories, from academic achievements to extra-curricular activities.  By far their most prominent use, however, is among politicians, which leads us to our next point.

The flag lapel pin first reached its current prominence during the cultural wars between the ?counterculture' and ?silent majority' of the 1960s and ?70s.  Some anti-Vietnam protestors adopted the use of the flag as an image, such as Abbie Hoffmann, who donned a shirt made out of an American flag, and other protestors who sewed the flag to the seat of their pants.  As a response, many Republican politicians began wearing American flag lapels.  It became ingrained in the public's mind when Richard Nixon began wearing the flag lapel pin and demanded that all of his aides do so as well, inspired by the Robert Redford movie, The Candidate. 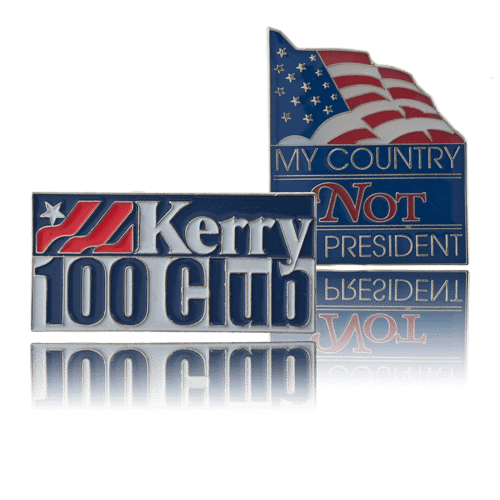 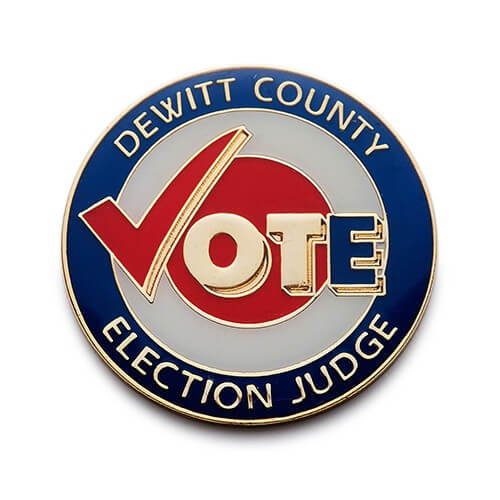 The lapel pin's popularity has gone through a couple of spikes since.  They sold very well during the Gulf War but then disappeared for a while.  They are still important symbols of patriotism, as demonstrated by recent events.  After 9/11, George W. Bush, probably inspired by Nixon, began wearing the flag pin and requested all his aides do so also.  A large number of Fox News anchors followed suit, along with politicians across the country (Republican and Democrat alike).  In a highly controversial move, ABC prohibited its reporters and anchors from wearing the flag lapel pins, citing a desire to maintain its perception as an objective source of information as well as concerns about the safety of its reporters (claiming that sporting the American flag could cause reporters to be perceived as mouthpieces for the American government, which could place American reporters in foreign countries in serious danger).  It should be noted that the ban on American flag lapel pins was already in place long before the sudden surge in the popularity of flag lapel pins.

The lapel pin went through its most recent media blitz during the 2008 presidential race, when debate moderator Charlie Gibson asked then-contender Barack Obama why he was not wearing a flag lapel pin.  He responded that he felt a person's patriotism should be expressed through their actions rather than what they are wearing.  The issue became so controversial that Obama resumed wearing the lapel pin shortly thereafter. Since then, he can now be seen donning a custom patriotic lapel pin every day.