The Oldest Coin in the World

Home » Resources » The Oldest Coin in the World

The oldest coin in the world may have been worth one paycheck.

Created over 2,700 years ago, but now located in the British Museum, is the Lydian Lion, the oldest coin in the world. It is a one-sided design featuring a roaring lion, the emblem of the Lydian Kings who created it around 610-600 BC. It was found in current-day Turkey and is smaller than a US dime in diameter but is similar in weight to the quarter. The oldest coin in the world is made of electrum, an alloy of gold and silver, and was probably worth about one month’s pay. (Image Source)

There is still plenty of mystery revolving around the history of the Lydian Lion coin. There is no certainty of the value or even the purpose of the oldest coin in the world. The story of why Lydia was the first to create coinage is controversial, but a convincing argument is that it was because the Lydians controlled the electrum-rich Paktolos River and were located at a junction of numerous trade routes. Historically, the Lydian people were known to be commercial and savvy and may have been the first merchants. Then when the Lydian king, Alyattes, wanted to control the bullion currency, he probably declared that only currency with his roaring lion mark could be used.

A brief history of other ancient coins.

There are several regions in the world that developed coinage around the same period. 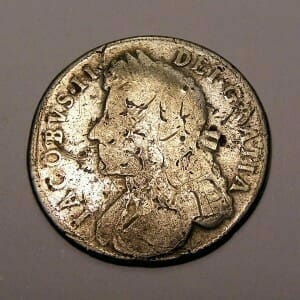